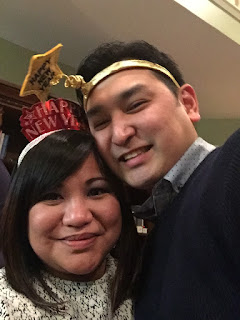 People often pressure themselves too much with the concept of a new year. Another set of 365 days to better yourself. Making promises of better health, better outlooks, and basically better versions of themselves in any way measurable. This usually fades the following month. Poor February. Always just waiting for the 14th to act as an excuse once again.

I'm never one to fulfill resolutions. I'll start them and end up disappointing myself for the following weeks ahead. Start a diet? Start a 1-act-per-day? Start a journal? Start a regime? And everyone else on the same bandwagon immediately lost and pondering again come mid-January.

One thing I do wonder about is how other people can bring the same negativity in the New Year. A lot is at stake when you vow to yourself to do something drastic and dramatic. But if you keep it small and work on the little things first then maybe they can be something great in the end. Like removing hatred or anger. Carrying this burden won't get you anywhere. So at least this, try to work on it.

I don't want to promise anything. But I do want to try being kinder and more understanding to others. I've realized that last year had so much negativity it pulled me down with it. Not such a great feeling. So this year, I'll just try to always be grateful for what I have. Try to understand where people are coming from. And just genuinely extend kindness in every way possible. This is after all a new start. Nothing big, just small steps.

Popular posts from this blog 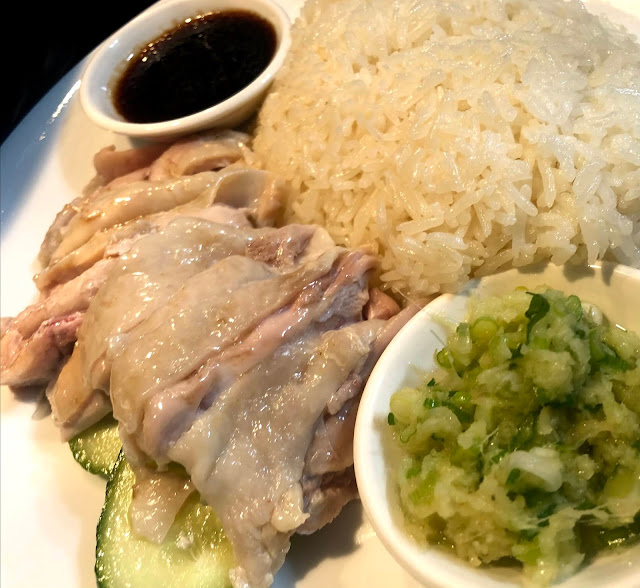 Well, slap us silly because we were so darn happy. This realllllly overjoyed our bellies.  I've always wanted a multi-cooker because I didn't want to pile up the appliances in our limited cooking space here at home. Well, limited counter space. So when I started receiving alerts that Prime Day was coming, I immediately tagged the Instant Pot on my watchlist. When Prime Day finally came, "Add to Cart" wasn't the option. It was "Buy Now". I had it the next day. 😎 I specifically wanted the model with the air fryer and sous vide functions included. That way, I didn't need to buy other appliances. And so far... I've made 3 batches of fried chicken and haven't bought any take-outs yet. What a great investment! In my excitement to use all the functions, I searched for what else I could cook. Soups, stews, and rice were a given. Search the interwebs and a whole slew of recipes will pop up. I did make a beef stew and surprisingly, it only look me an
Read more 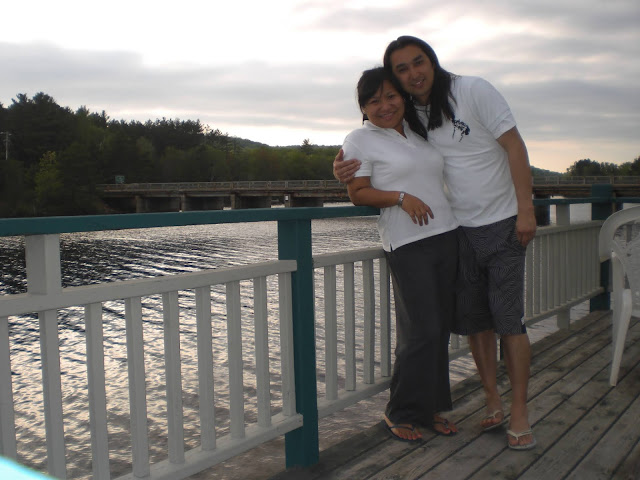 Spring's coming fast. So that means, we're approaching summer... and that's cottage season. Just a 2-hour drive from our place and you're in a whole different world. We just got over winter and just so everyone knows... we LOVE snow. But sometimes, you just wish you were in a cottage laying around with no plan, skipping, swimming, and sniffing the flowers. Well, that possibility is coming in fast.  It's funny for us because our perspective on a 2-hour drive was just way off, totally in the different side of the spectrum. We came from Manila where space is pretty tight. So that meant traffic on the roadways are most often heavy or just in a complete stand-still. We migrated to Canada about a decade ago and traffic in Manila was already bad then. If I woke up late and didn't leave our house by at least 6AM, I would most probably spend my morning stuck in the car. And that was 10 years ago. My family and friends have constantly been updating us on these types of s
Read more 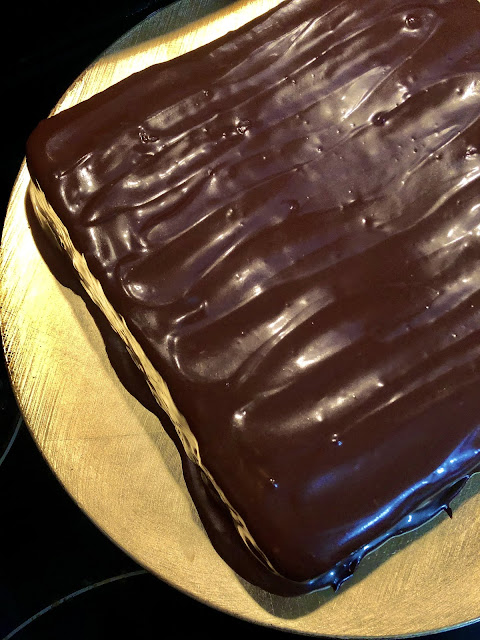 I ALWAYS crave for chocolate. And this sealed the deal.  When you've had Filipino chocolates cakes, you'll immediately think "this hits the spot". It has this deep dark chocolate taste and it's sweet . It's moist, dense, and every bite is just rich. Almost like having a tablea tsokolate  ( roasted and molded discs of pure cacao nibs used to make Filipino or Spanish hot chocolate ) in cake form. If you've had Becky's or Polly's chocolate fudge cake, you'll know what I'm talking about. Becky's Kitchen had those iconic red, white, and gold boxes. This bakeshop was in Malate, Manila and mom would bring home some boxes. It wouldn't even matter what was really inside them, we just knew it was good. Then when Carlo started courting me, when we started dating, he would bring me a box of Polly's chocolate cake (it would be this or a tin or box of Mrs. Field's cookies) every time he'd drive over to our house.     ( th
Read more 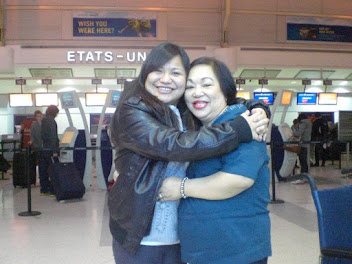 I don't even know where to begin. The last conversation I had with Mom was on November 11th. And the last thing I ever sent her was a "thumbs up" emoji. I guess that was it. My calls to her on the 14th were left unanswered. Mom was rushed to the hospital on the eve of the 15th. And she became our angel on the morning of the 18th. That was way too fast, Mom.  Being so far away was the hardest. So very, very hard. When my brother (together with my dad) finally called me and my sister (from Halifax), that was it. I don't think I've ever cried out so hard and so painfully before. I don't ever wish for anyone to feel this pain, this emptiness. And for the first time, I didn't know what to do. The void left was just too much. I just cried and cried and cried. And sometimes, I'd forget to breathe. Good thing my husband kept a good eye on me and my water bottle, always filled. Thank you, Carl.  Mom messaged me before when I had surgery earlier this year, &q
Read more 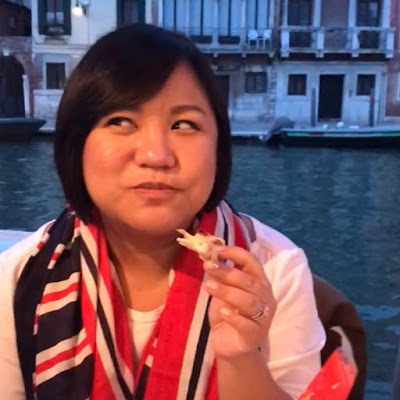 Hi Everyone,  I just got an update that my feed (through FeedBurner) will no longer be sending out post notifications starting July 2021.  For my existing subscribers - for you to keep receiving email notifications as soon as I post a new entry, I'll be sending each subscriber an email link to "Subscribe" again. The email will be titled, " Post subscription request from 'Livin' La Vida Donya ". Please click on Subscribe . Thank you! I'll be posting more content again soon!
Read more

A Tribute to Mommy - Fundraising 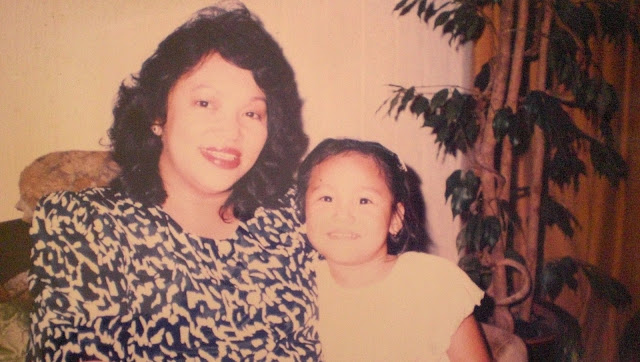 It's been a year since Mommy became one of heaven's strongest angels.   As most know, I (together with my sister, Manay Kring-Kring), are based here in Canada. Last November 2020, we weren't able to fly to Manila to be with family and loved ones in "the hardest of times in our lives" while in the middle of a pandemic. We clung on to whatever physical item we could find that came from Mom (be it a necklace, some photos, a greeting card, a Jollibee fridge magnet, a shirt, etc.). We sought comfort through the love shared by family and friends with the help of technology.   As we celebrate Mommy's anniversary of her entrance to heaven, I thought to have something here in Canada to commemorate her. Also, so we have somewhere to go on special days and an actual physical symbol to honour her. In Toronto, there's a program where we can request for a commemorative  Tree  ($738) or  Bench  ($2,530) to be named after a loved one lost.   So this is my ask.   I, Luzee,
Read more 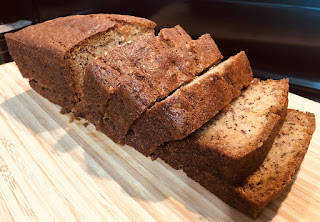 Before I go deep into my previous recipes, I wanted to share a more current one. So current I just made it today. I guess everyone's got some overripe bananas right now. Since the pandemic happened, people have bought in bulk; food that's good enough for 2 weeks for every grocery run. This meant a lot of fresh produce that needed to be eaten and finished before they went bad. My husband's been eating bananas for breakfast and for some reason, there's always 3 bananas left unnoticed. One option would be to cut them up while they were still fresh and throw them in a ziplock bag to head for the freezer - to make future smoothies (but we don't drink banana smoothies). Another option was to make baked products. Yay for baked goodness! I love caramelized carbs! Plus, the smeeeelllllll. Your kitchen will just smell glorious! Banana bread always reminded me of weekend mornings, or holidays with the family. 😊 The banana bread - one of the best, heartwarmi
Read more 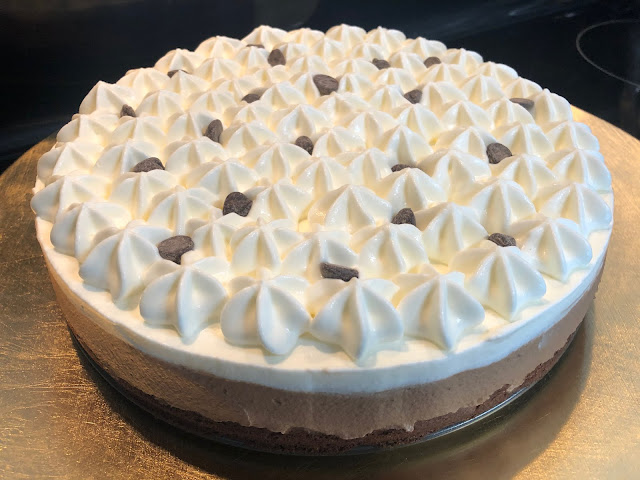 His birthday, his request. I delivered. (I hope) Ever since we lived in the Philippines, Carl's favourite has always been the "Red Ribbon Chocolate Mousse Cake" and this has consistently been his request for every birthday. For those who don't know, Red Ribbon is a pastry shop/bakery chain in the Philippines that serves a variety of baked goods from bars, cakes, loaves... you name it. I'm not an endorser by the way, but hey... I'd entertain it if the opportunity presented itself. Anyways, this may just be the only cake that Carl seems to be able to enjoy and finish. Like just give him a few of days and he'll finish this whole cake by myself ( No challenge needed, eh. He'll just want to finish this whole thing. ) Between me and him, I'm the one who likes tasting different cakes, even though my favourite will always be a straight-up vanilla cake with vanilla buttercream frosting. So when we moved here to Canada, every year Carl celebrates his b
Read more 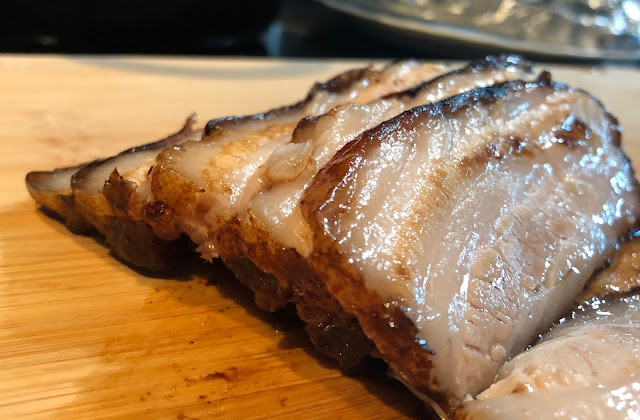 We actually ate this in silence and closed our eyes while we chewed the first bite. In the early days of this whole pandemic (specifically March), we were scouring TV shows and movies at top speed and at one point we didn't find anything interesting. My uncle suggested to watch "Miso Hungry" (available in Prime). So we watched it we obviously started craving for everything Japanese! It didn't help that we alwaaayssss loved Japanese cuisine as well! So, we searched for recipes we wanted to eat and immediately tried to buy as much Japanese ingredients as we could hoard in our fewer-than-normal grocery runs. Because of all the research we were doing, we started salivating every time we'd run into a recipe with chashu ( ramen, yakimeshi, chahan, chashu buns, etc). I'm so extra thankful for our local Asian grocery, BestCo. They were equipped with everything despite the chaos of the times (yes... they had toilet paper, paper towels, disinfectant wipes and sp
Read more 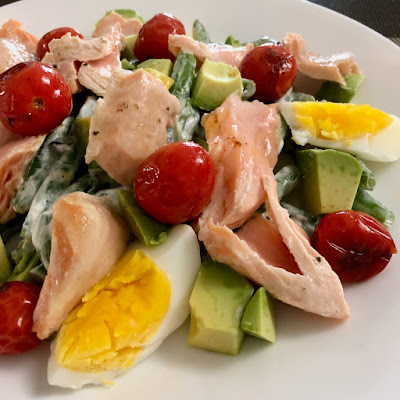 I've always loved poached salmon because it's so light and delicate. Plus, I never feel sluggish after eating it. I honestly wanted to make a Nicoise salad but didn't really have most of of the ingredients for it. I had no potatoes, no olives, no lettuce, no shallots! UGH. So I mucked around in the kitchen to gather some ingredients that may hit close to home. Or at least satisfy my salad cravings. I remember craving for a light salad because I had gone drinking the night before, with matching fried chicken and pizza. I wanted something that was fresh and hella savoury too without it being too heavy. This dish also has a ton of protein and good fats. If you're on a ketogenic diet, this may be a good dinner idea. The only high-carb in this would be the tomatoes and the beans. So maybe you can swap it out for other ingredients - like asparagus, cauliflower florets, or sautéed zucchini. A lot of people are intimidated with poaching. It's just cooking in water
Read more 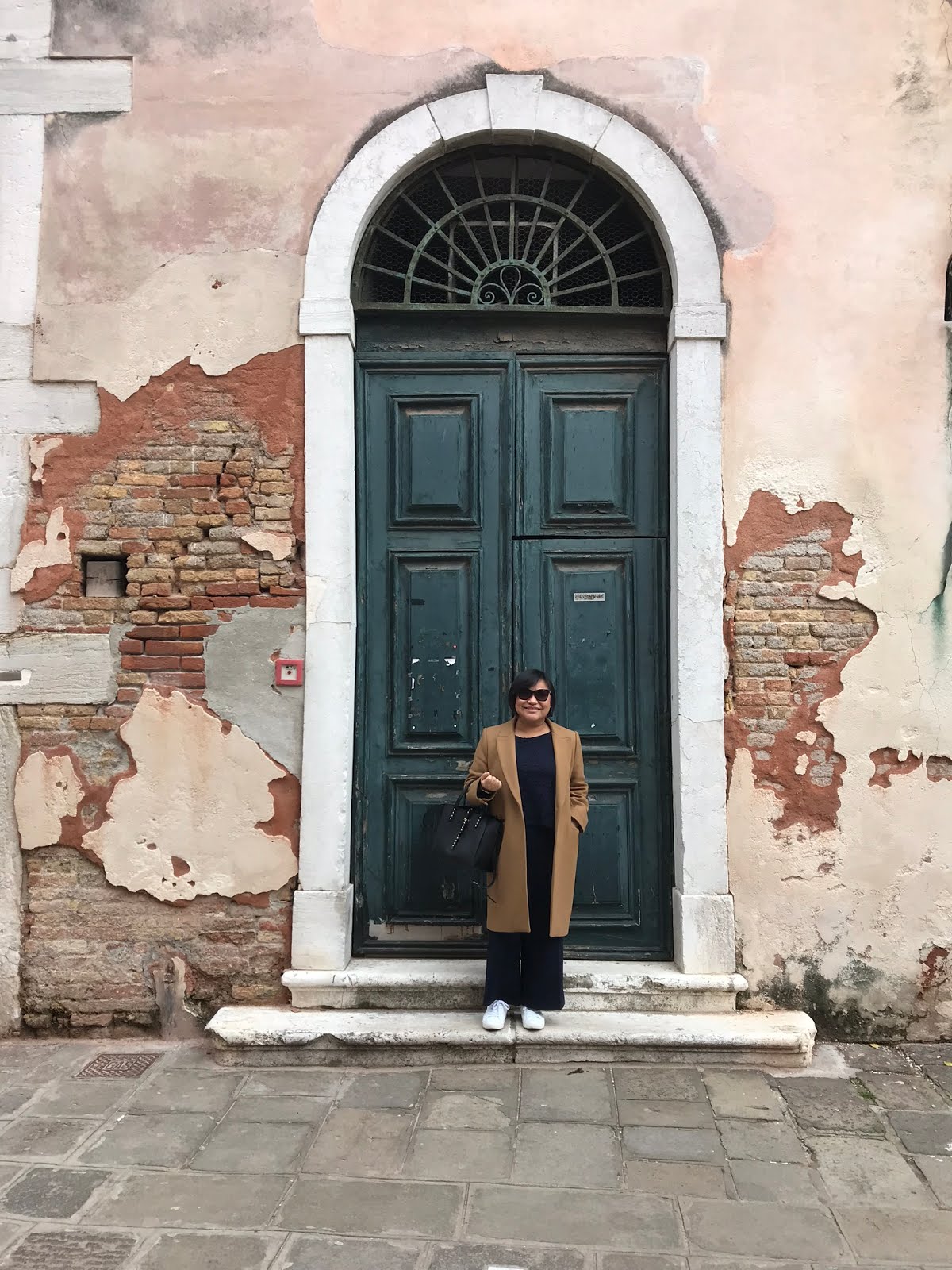